Thermocouples are used to measure temperature over ranges. They are inexpensive and rugged, but generally not as accurate as RTDs and thermistors.

Basically, thermocouples function as two strips of wire of dissimilar metals that are joined at one end, with voltage measured at the other end. Changes in temperature at the juncture induce a change in electromotive force at the other end – so as the temperature goes up, this output of emf of the thermocouple rises… though not necessarily linearly. 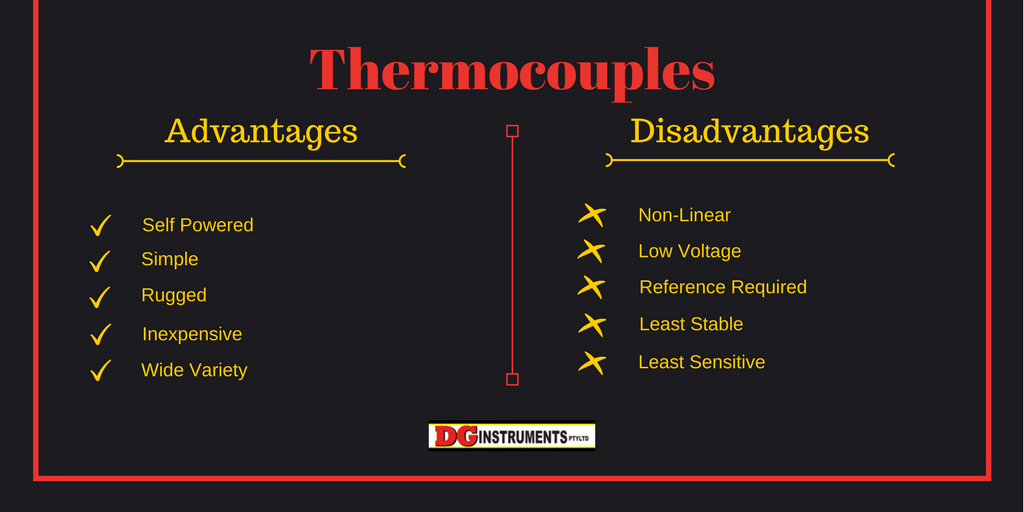 RTD’s are stable temperature sensors with a fairly wide range, but are more expensive and less rugged than thermocouples. RTD’s rely on a current source of electricity to make measurements, which makes them potentially subject to inaccuracies from self-heating.

RTD’s work by taking advantage of the fact that electrical resistance of a given material changes as its temperature changes… therefore RTD’s rely on resistance change in a metal, as the resistance will rise more or less linearly with temperature.

RTD’s traditionally use either a length of conductor (platinum, nickel iron or copper), wound around an insulator, though modern styles often use a thin film of conductor deposit on a ceramic substrate… and measure temperatures from -196° to 482° C (-320° to 900° F). 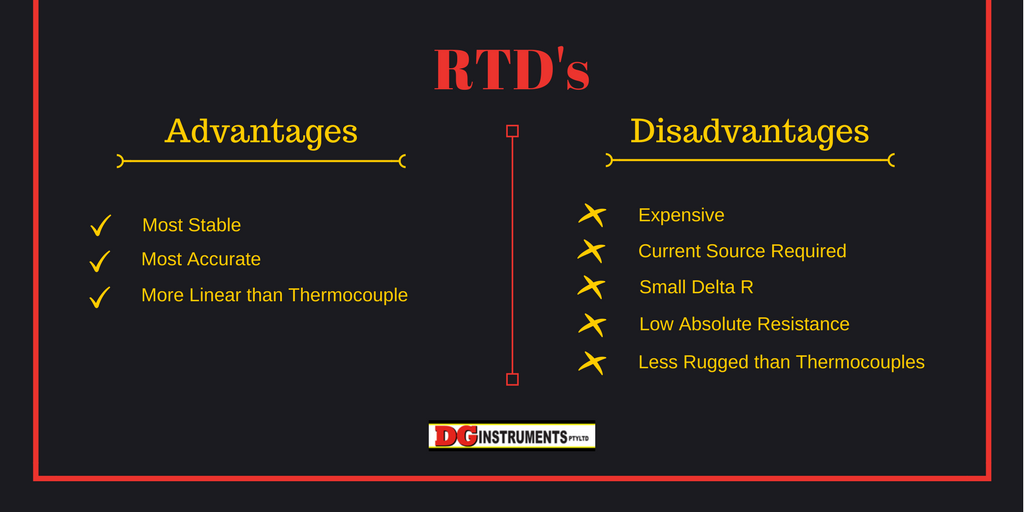 Thermistors are typically more accurate than both thermocouples and RTD’s, however they have a much more limited temperature range due to their marked non-linearity.

A thermistor capitalizes on the fact that electrical resistance of a material changes as its temperature changes. Thermistors work by relying on the resistance change in a ceramic semiconductor, with the resistance dropping non-linearly as the temperature rises.

Thermistors tend to have a large signal output, and their small size permits fast response to temperature change, making them a low cost solution to temperature measurement generally between -45° to 260° C (-50° to 500° F). 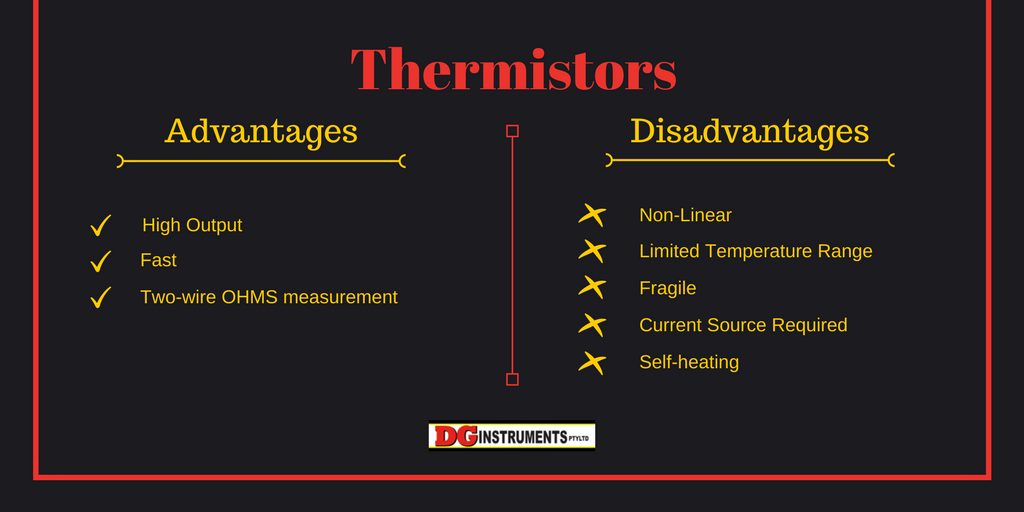 IC or ‘integrated circuit’ Sensors are the latest style of temperature sensor on the market. IC sensors are extremely linear, and can be designed to produce either voltage or current output.

Though IC Sensors have a limited temperature range – generally between -45° to 150° C (-50° to 300° F) – they are a very effective way to produce an analog voltage proportional to temperature. 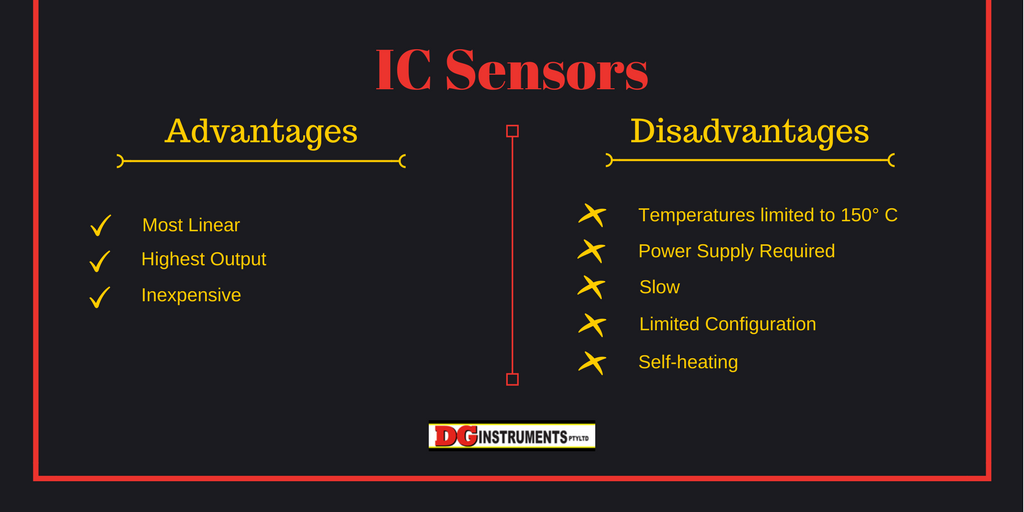 For more information or advice on temperature sensors, don’t hesitate to contact the precision instrument experts at DG Instruments today.

If this information helped you make a decision on the temperature sensor that best suits your application, check out our range of Temperature Sensors HERE.